"This collection attempts to document all the murals and relief undertaken in the state of California as part of art projects funded by the New Deal. This includes not only work undertaken through the Federal Art Project as part of the Works Progress Administration (WPA) but also post office murals funded by the Treasury Section of Fine Arts in the United States Department of the Treasury.

The majority of this project was put together with funding from a grant from the SDSU University Grant Program. Additionally, research was undertaken using other New Deal resources, most notably Living New Deal, which was generous with supplying photographs and whose website covers a much larger aspect of the New Deal, including all of the states and all works done under the project. Many photographs were also found through the New Deal Art Registry (https://www.newdealartregistry.org/Home.html), another online organization that documents the work done during the era. Additional photographs were supplied by various organizations in possession of the artwork and are credited in the individual pieces." 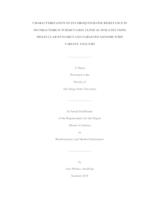