Nancy Johnson and Richard Carter, dancers from the San Francisco Ballet, were artistic directors of the original San Diego Ballet from 1961-1969. They arrived in San Diego in the summer of 1960, establishing a dance program at California Western University on Point Loma. While there, they established a dance major and degree. They founded both a ballet school and the dance company, which toured. About a year after arriving in San Diego, they established a first studio on Washington Street, moving onto the final location 5th Avenue next to Balboa Park. In 1964 they purchased the Nancy Johnson and Richard Carter/Martin V. Melhorn House in San Diego, later named a historic landmark. The high point of the company on a national level was their appearance in the summer of 1966 at Jacob's Pillow Dance Festival.

This collection features publicity photographs and performances. Some of the negatives have deteriorated. Many of the photographs in the collection were donated by Jon Blake and Michael Straubinger, two dancers in the company.

Ballerina and male dancer in "The Sisters," 1967

Ballerina and male dancer in "The Sisters," 1967 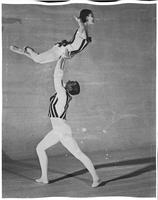 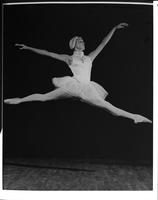 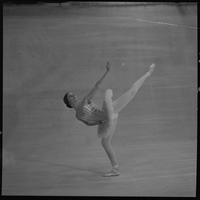 Ballerinas and Michael Straubinger with camera 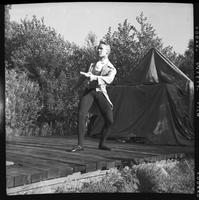 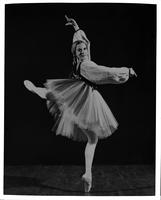 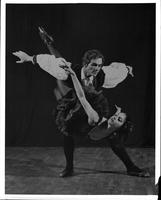 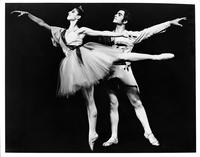 Barbara Jean Martin and Michael Straubinger in costume for "The Young Lord," 1967

Barbara Jean Martin and Michael Straubinger in costume for "The Young Lord," 1967